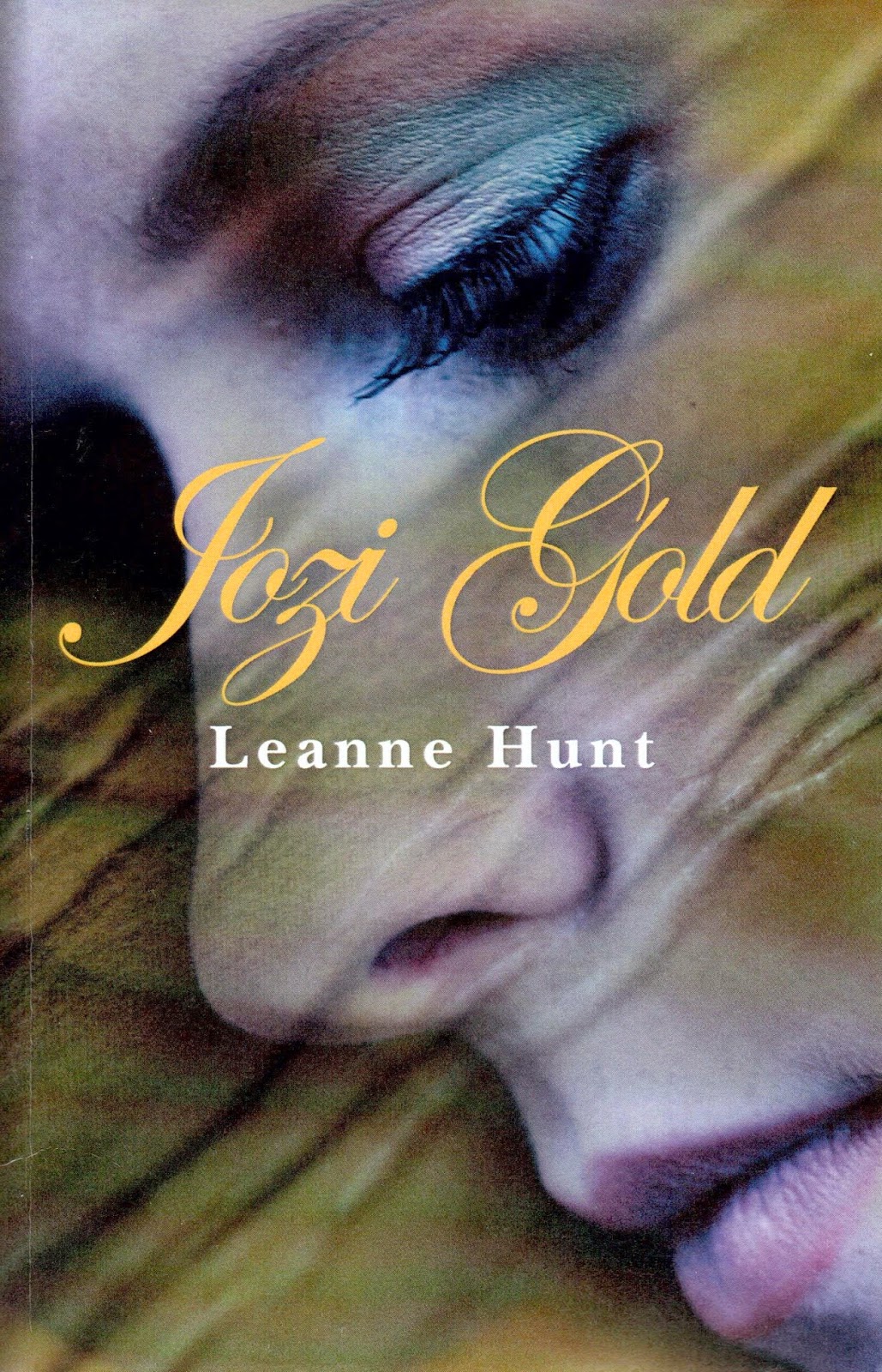 A woman with a past, a city with a future, a soccer team chasing glory …
Amidst the tension surrounding the run-up to the 2010 Soccer World Cup in South Africa, one woman discovers her husband is having an affair, another meets up with a university sweetheart and a third heads for a nervous breakdown. Who is the man at the centre of the drama, and does he get to keep his gold?

Who the book is for:
Are you toying with the idea of reinventing yourself but haunted by the thought that your life could end up tasting like a failed casserole or looking like a bleach job gone wrong? You’ll relate well to Jeannie Parker. Where your relationships have worn tired, you seek ways to revitalise them. When you’re not scrambling to meet work deadlines, helping the kids with applications for car licences and college, or looking after the needs of elderly parents, you’re dreaming big dreams… Because you firmly believe that, if others have found happiness, so can you.

Posted by Porcupine Press at 15:16 No comments:

Porcupine Book Makes News in the Mail & Guardian: Coolie Come out and Fight; 23 May 2014

A blessing and the fighter's lace

Coolie, Come Out and Fight

Mohamed F (Mac) Carim (Porcupine Press)
This engaging and interesting read is a politically modest “struggle” memoir, which may have been written primarily to please the author, and for his family and friends.
It reasserts the notion cherished by many, including this reviewer, that each individual life is significant and interesting. From humble beginnings in South Africa he and his family, including his siblings, parents and his own wife and children, have achieved remarkable success once they had emigrated.

Carim’s parents had a relentless struggle to establish themselves as traders of one sort or another, always beset by legislation restricting the business operations of South African Indians, and further complicated by the mixed-race status of Carim’s mother – a great beauty who raised six children in conditions of hardship and insecurity.

His memorable and often nostalgic account of his boyhood includes a period in Troyeville, where local white boys liked to call him out of the shop on to the pavement to fight (hence the title of this book). They also spent some time in a flat with a balcony overlooking Market Street in Jajbhai’s Building, in the Johannesburg central business district, and a stone’s throw from the Library Gardens in which they were not allowed to play even when the city centre was deserted over the weekends.

Carim enjoyed these, but points out the contrast with the extremely larney school in Pakistan to which he and his two brothers were sent for a while when the family’s fortunes were in an upswing.
The high adventure of the journey there by ship, and his experiences at the school, showed Carim that life could be better than it was for his family in South Africa.

On his return to South Africa he found the Johannesburg Indian High School in Fordsburg such a comedown that he left before matriculating and started in a variety of jobs – finally ending up with Pepsi South Africa, which led to work all over the world.

In his late teens he and a group of friends led a socially active life (with a few lapses of judgment and brushes with the law) in which good clothes, a cool hairstyle and dancing played a big part.
Luckily one of them had a car, a 1949 Chevy. When Carim was just 22 he married Hajoo – the start of a long and happy marriage.

The text shows signs of a battle to compress and streamline the narrative of complicated life events; a more ruthless edit may have produced a more elegant book, but lost its special savour.
Carim’s storytelling is a lively mix of fact and opinion, and he has an eye for beauty.
I especially enjoyed his little riff on white lace curtains as a symbol of Hajoo’s determination to keep things good and tranquil in the family home.

Similarly enriching are his meditations on people in his life from whom he learned something useful – such as the stupidity of racism from his friendship with Sally van Rensburg, a poor white girl in Troyeville, and from a Jewish teacher in Pakistan he learned that confidence and good planning lead to success.
From Johannesburg to Lahore, and later on to Nigeria and Canada, this is a rich and memorable story.

Posted by Porcupine Press at 10:10 No comments:

The Science of Success; Obakeng Gaitate 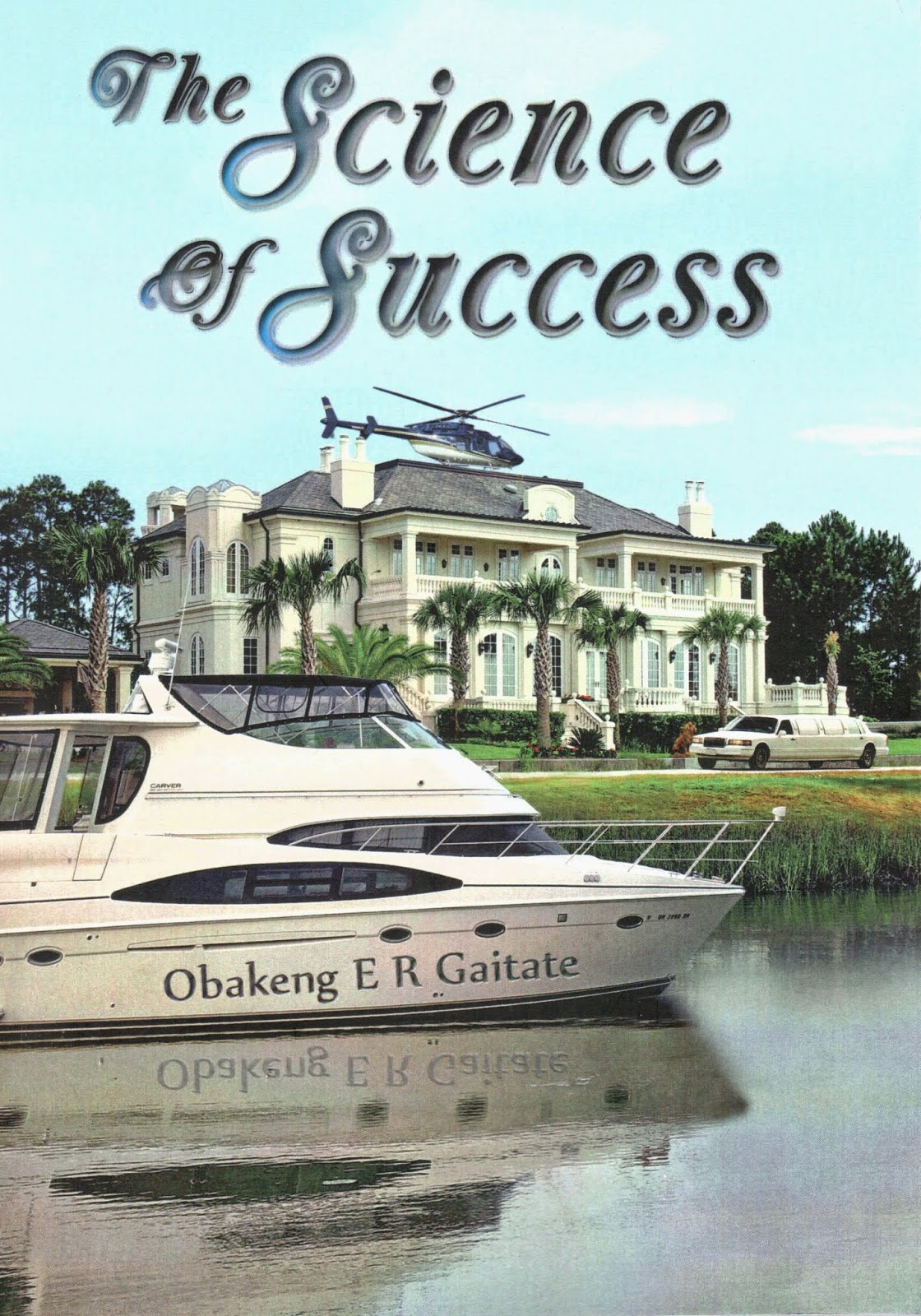 For your copy, visit Porcupine Press

Posted by Porcupine Press at 09:57 No comments:

Workshop: by Dr Hannetjie van Zyl-Edeling; Author of Over The Moon; 31 May 2014 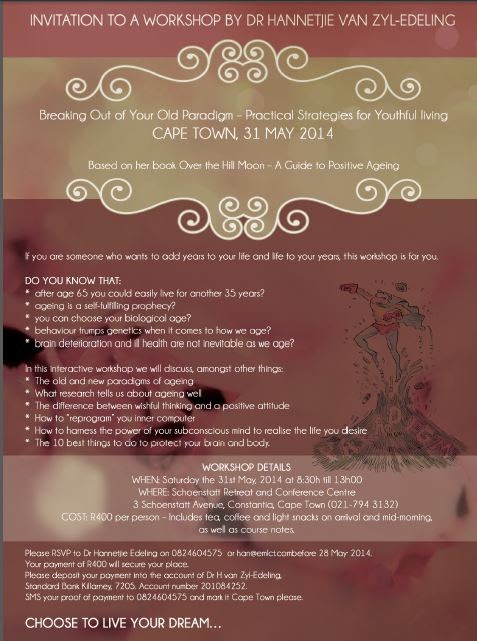 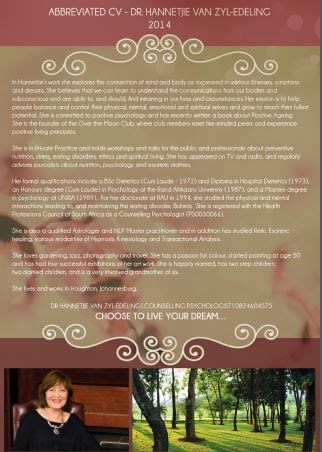 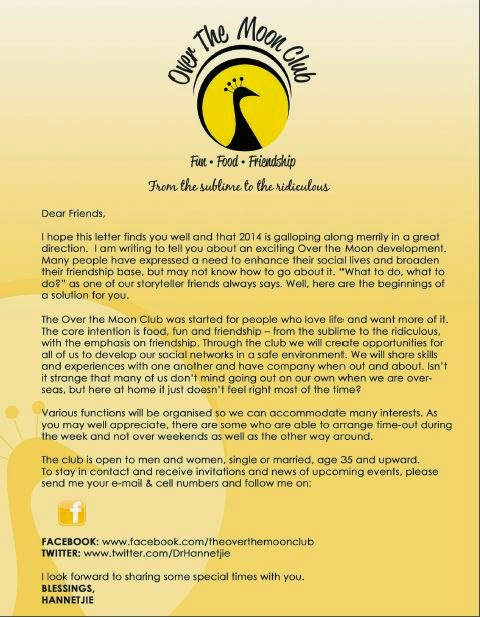 Posted by Porcupine Press at 09:53 No comments: 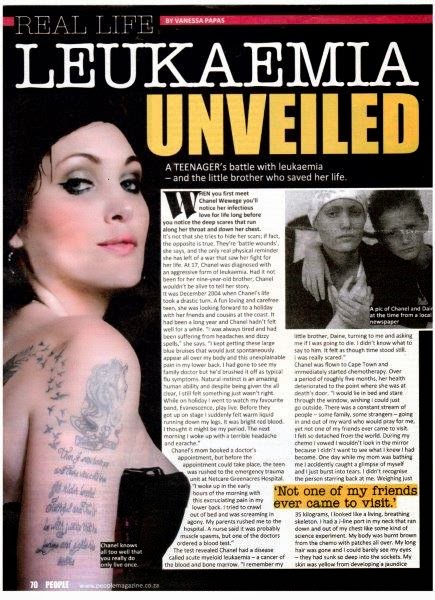 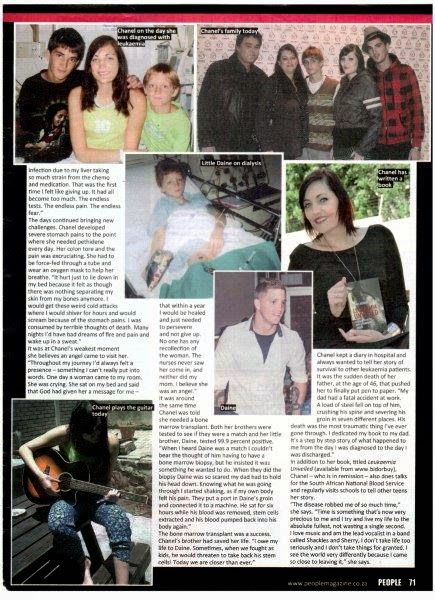 To obtain your copy of the book, click on the link: Porcupine Press

Posted by Porcupine Press at 09:31 No comments:

Some words to live (and eat) by…

There are just as many diet books as there are diets and trying to find a truly helpful, easily absorbed read is like picking out an award-winning, drop-dead gorgeous outfit for a wedding or party – it just never seems to materialise. Like so many others, that has been my general experience to date.

That is until I discovered The Decarb Diet by Dr Howard Rybko, a diet and lifestyle read that actually makes sense and is practical in every sense of the word.

Part of the problem with many diet books is that they battle to engage the reader… they fail to establish that all-important connection and come across – either deliberately or unintentionally – as a prescription, not a genuine source of help.

But The Decarb Diet is different, easy to read and understand. There are attractive and easy to follow guidelines, with additional online support from the author to keep you motivated. So, if the words could be digested with ease, there may be hope for the actual diet. I decided to put it to the test.

The first thing I noticed is how it made me feel… it really did not feel like a diet at all. It is easy to follow, is based eating balanced, nutritious meals and is not rooted in extremities.
So… I felt happy eating and did not experience the usual levels of anxiety normally associated with diets.

And my happiness turned to elation when I could actually see results in the first week. Thus far, I have lost 1kg a week and I know my friends and family have also enjoyed some levels of success with the programme.

We all know that diets are sold on the promise of results within a time-span that sounds too good to be true…because it is. Not so with this diet. There are no over-zealous promises, no incredible statements, only basic facts and reference to science and research.

This is a fantastic read and a diet well worth following.

To obtain a copy click on the link: Porcupine Press 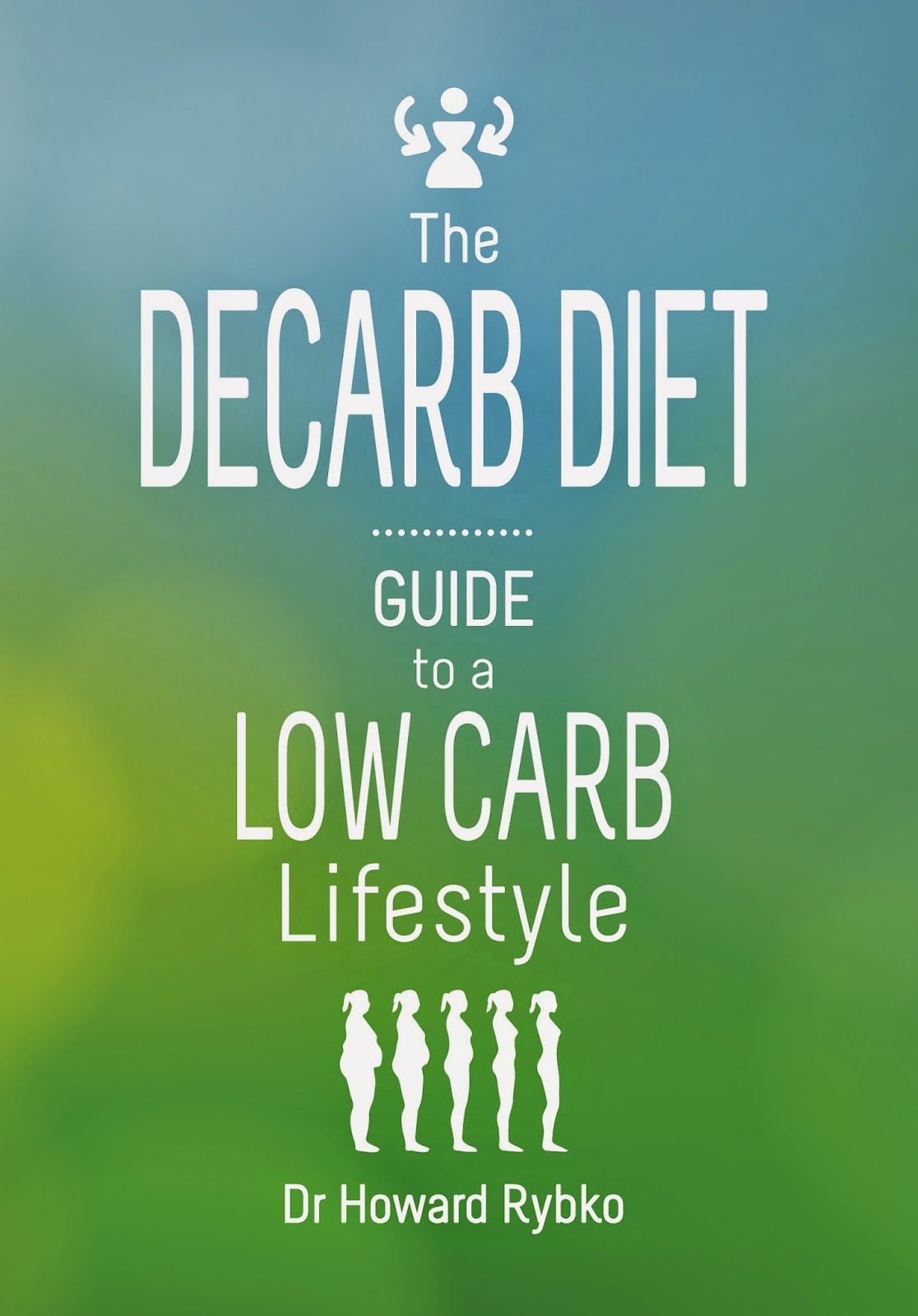 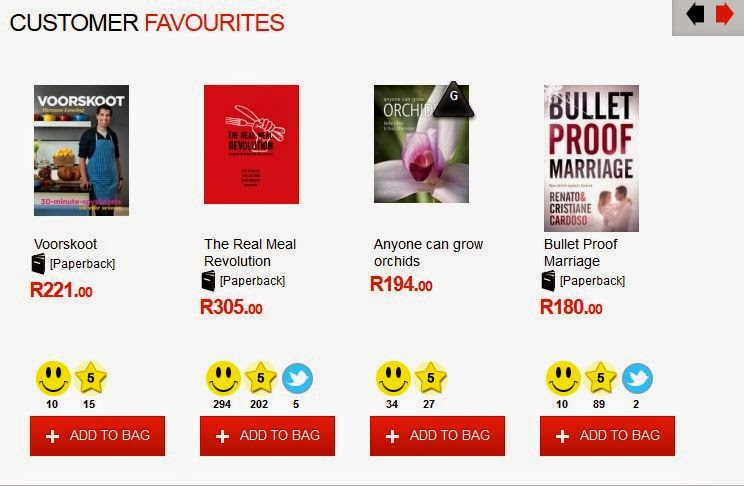 Posted by Porcupine Press at 09:44 No comments: 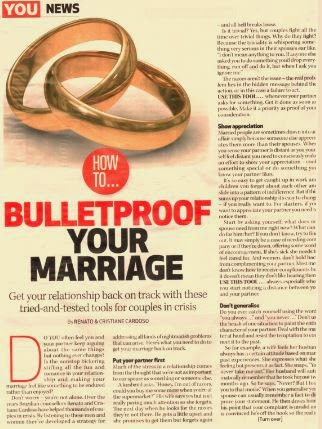 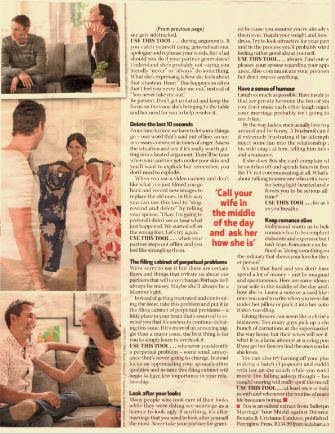 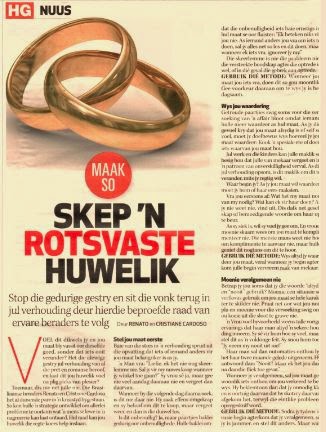 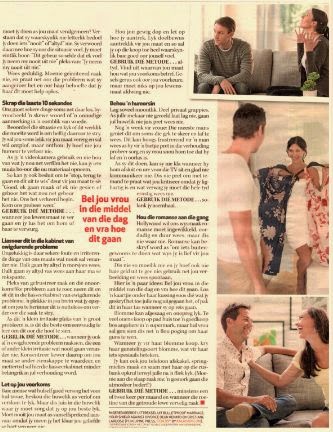 Posted by Porcupine Press at 09:35 No comments: 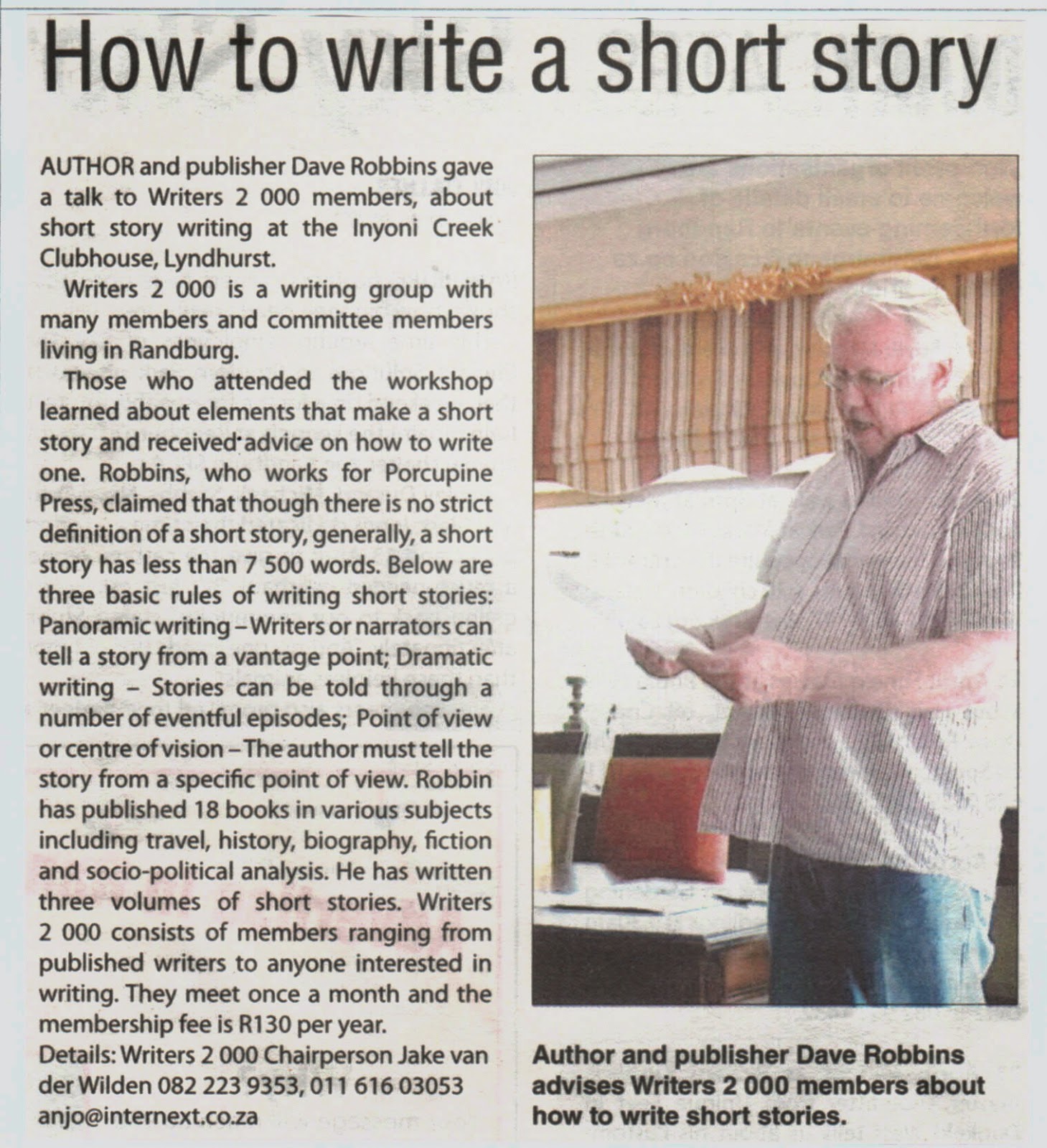 Posted by Porcupine Press at 14:42 No comments: