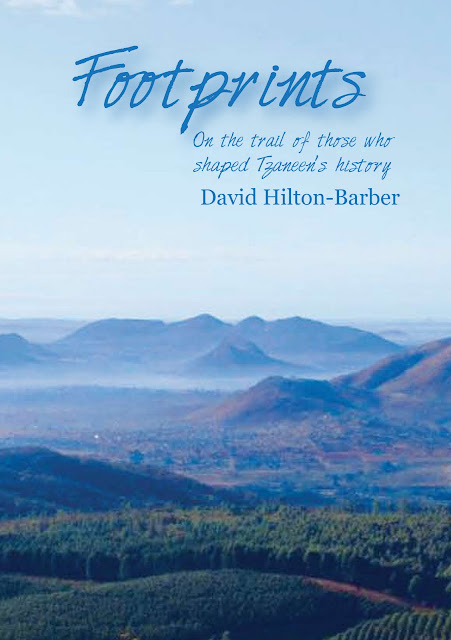 On Friday, 4 November, the Porcupine Press team travelled from Johannesburg to the town of Tzaneen, in the Limpopo Province,  for the launch of their latest book:
David Hilton-Barber’s:
Footprints – on the trail of those who shaped Tzaneen’s history. 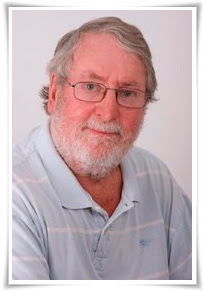 The launch was held in the early evening at the scenically situated
COACH HOUSE
Approximately 100 guests attended. 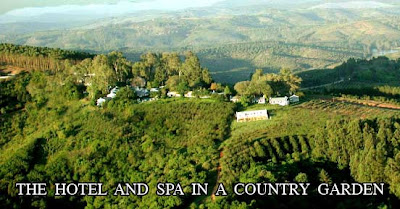 The mood was festive and guests were treated to an array of snacks and a glass of wine.
Gail Robbins, co-owner of Porcupine Press, addressed the assembled guests. 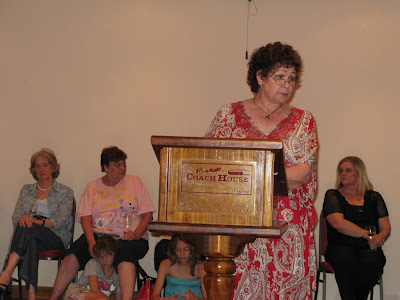 Gail began her speech by quoting Doris Lessing:
" ‘In an age of committee art and public art (and international best sellers) people may begin to feel again a need for the small personal voice; and this will feed confidence into writers; and with the confidence of being needed will come the warmth and humanity and love of people which is essential for a great age of literature.’"
Gail went on to say:
"Porcupine is definitely concerned with such things – warmth, humanity, love of people, literature, the small personal voice – while at the same time caring sufficiently about economics to remain in business.
To publish a book of local history about local people and local achievements – as David Hilton-Barber has done – is confirmation of what Porcupine is doing and wants to continue doing – giving freedom to what Lessing describes as ‘the small personal voice’."
This impressive opening was followed by David Hilton-Barber.  He took the stand and thanked various people for their contributions to his research: 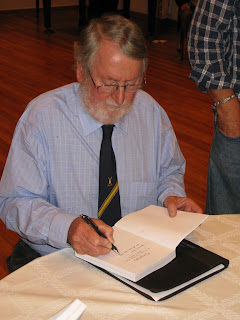 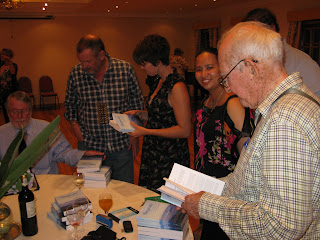 The books sold  briskly and a smiling Clare-Rose Julius, general manager of Porcupine Press, kept an eye on the sales. 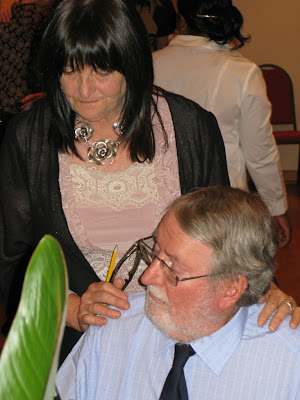 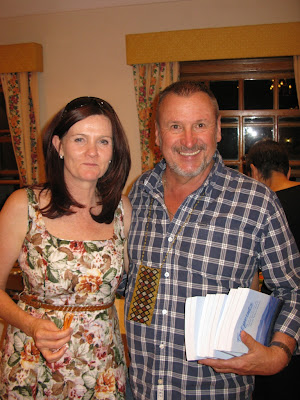 Thank you for commenting. We appreciate your feedback.